Which programming language should I learn as a beginner?

TL;DR There are a few good options for the start like Python, JavaScript and HTML/CSS, but to find the best one for you, complete our test 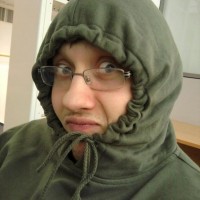 TL;DR There are a few good options for the start like Python, JavaScript and HTML/CSS, but to find the best one for you, complete our test

When thinking about programming it is often hard to decide which language to start with. I saw a lot of answers to this question given randomly without considering the needs different people have.

Without the context, the best answer is it depends.

Some popular options include:

So let’s examine them.

and a sample CSS file linked to the HTML looks like this:

Starting with HTML and CSS may be a good choice for the first language because it is fairly easy and lets you produce visible results quickly.

It may leave you hungry to learn the actual programming languages which is a good thing.

The downside is that you can only produce static pages this way and doing any meaningful calculations or user interaction will be extremely hard or impossible.

Good resources on HTML and CSS:

You can paste this code into your browser console to try it!

A good resource on this: JS by Mozilla

This language will be a good choice for the start in general. Combining it with HTML and CSS will let you create dynamic websites. This is both fun and can easily let you get a job in IT.

Python is a simple and expressive programming language that lets you achieve a lot in short time.

The areas where Python is used most often:

This language will be a good choice for the start in general. It lets you benefit from thousands of libraries written by other programmers.

It has great documentation.

You can learn the basics of Python in our platform

These are two languages with simiar syntax. Nowadays C is used mostly to write drivers and control electronics. C++ is mostly used in game engines (like Unreal Engine) and competitive programming.

You should be cautious starting with these languages.

You can build a lot of interesting low-level projects with them but the learning curve is pretty steep.

It takes long to become fluent in these languages and then it also takes long time to write code in them.

With these languages it may be too easy to get discouraged in the beginning.

Java is mostly used in corporate environment and mobile (android) application development. Although sometimes it is still recommended to beginners.

The downside of this language is its verbosity and forced object-orientation. You may need to write a lot of code to achieve the desired result.

You should probably not start with this language unless you have a very specific goal in mind like:

You should probably not start with this language unless you have a very specific goal in mind, such as:

In general if you are a beginner and you want to start learning programming, you should probably start with one of the following languages:

Because they let you produce visible results fast.

However, if you have different goals, the answer may be different for you.

To get a personalized recommendation complete this test. It should take you around 2 minutes.

Check out our programming app at https://codilingo.com

You may also enjoy

Now you can start learning programming effortlessly when you are in a bus or in a park.